Get me outta here!

After several months of raids on the herbal incense spice industry many people from kids to mothers and parents of children using spice drugs all ask the same question. After all this where are we now? 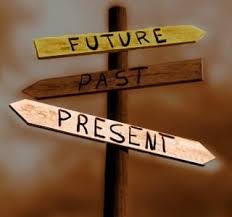 The spice dealers are asking there chemists the same thing, it is a huge mess for all. Since i spend so much time and i get to see all the different angles of what this spice drug has done to so many i am writing from all angles.

One, when this herbal incense spice drug hit the streets no one had any idea of the long term effects from the drug. Retailers started to sell the spice drug under names like, K2 Spice, Herbal Incense, Mad Hatter, Mr Nice Guy, Cloud 9, Aroma spice, Jonny Clearwater, Scooby Snax, just to name a few. Since the DEA had no idea how this drug was being used the manufactures of the spice drug were able to get in to many gas stations around America.

As kids started to use the drug since it was not illegal and they are kids so they dont have a clue about the effects of drugs that they can buy at the local convince stores. It went crazy, they loved it and almost instantly were addicted to the high and the effects they felt from smoking the spice.

Now on the adult side, many long term adults that smoked weed for years and might now have a current job that drug tests them said Hey lets give it a shot. Many of users that were adults i spoke with said they were on probation and it gave them a new option. A way that they could still get that feeling that they have enjoyed for years from smoking pot with out the hash actions if they were to get caught by an employeer or law informent.

So the gas stations start to see large profits from the sale of the spice drug. Profits in the tens of thousands in just a weeks sales. As law makers learn more about the spice drug they drove to many places selling the spice to ask for them to pull it off the shelf. Well these small corner stores though out the United States are already making the largest profit they have seen in years. They are feeling like they might have a chance to get out of debt for the first time in years. They might make just enough to take that extra weekend get away they wanted for years but just could not afford to take due to they economy.

After a while of trying to get bills passed, congress passed the bill outlawing the UR144 chemical used to manufacture the spice drug. Well it was a little to late. At this point herbal spice was already used by millions across America. It had been legal for years with a lot of people that enjoyed it, were hooked on it, and made money selling it.

So what happens next? Well the store owners dont want to loose out on huge profits, and these clients that are coming into there store each week, several times a week to pick up there favorite blend of spice are not just buying spice. There at the store so there picking up soda, candy, and other items since there already there. So this is a total loss of business for these store owners now sales all across the board are going to go down.

Now you have this huge client base of users that are going to find a way to get there spice, remember there hooked they have been using it for some time now. You have the dealers that make the spice that have lined there pocket with millions of dollars in a horrible economy and they just got a nice life style.

The manufactures do what they know, they contact there chemist and demand that they make a small change in the DNA of the UR144 chemical. Now the drug dealers how do this for a living are one step ahead of law makers. Why might you ask?

I will tell you why, because the police and DEA have thousands of things to worry about, tons of drugs to deal with. The makers of herbal spice drug have one full time job. One single thing to focus on. How to get there product in front of as many clients as possible and make as much money as they can before the next ban of there current chemical.

They have passed new bills out lawing the spice drug. But the question is the same to all. Have we seen the last of it? I am here to tell you that we have not. One of two things is happening right now.
A new chemical will be used to produce spice drug and it will be back in stores by the end of the year.

Or worst it will go underground and dealers all over the world on the corner will be selling to anyone with a $5.00 bill.

Parents if you wonder if your kids are using spice, sit them down speak to them about the dangers of drugs. Get to know there friends and make sure you educate you kids.

Marijuana T-shirt Hangin With My Buds

Error: Twitter did not respond. Please wait a few minutes and refresh this page.

Where To Buy Herbal Incense